We're on a mission to make law as plain and simple as possible.

If you are interested in appearing in our solicitor database, please get in touch. 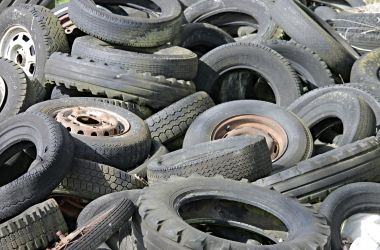 Fly-tipping is rife throughout the UK, with many lawbreakers opting to choose farm land as their place to dump waste illegally instead of going through the authorised channels.

How bad a problem is fly-tipping?

Whenever large items or rubbish are dumped onto land which is not licensed to receive the contents, a case of fly-tipping will be recorded. There are many items which can be defined under the banner of fly-tipping, including a bin bag filled with rubbish, tyres, waste which has come from construction activities, mattresses, beds and garden waste.

Keep Britain Tidy’s chief executive Allison Ogden-Newton commented: “Fly-tipping is an epidemic, it’s reached crisis levels and something needs to be done about it. Local authorities are overwhelmed with instances of criminal fly-tipping and we need to address this urgently.”

Is enough being done by the law to prevent fly-tipping?

A significant number of people who have carried out fly-tipping offences have been caught and punished for their actions. Between 2016-17, 98 per cent of prosecutions made resulted in a conviction. During the same time period, councils across England served 56,000 fixed penalty notices in regards to cases of fly-tipping.

As the practice is deemed a serious criminal offence, those who are caught can face a maximum penalty of an unlimited fine and up to five years’ imprisonment.

Fly-tipping on my land – what steps do I take?

Be aware that fly-tipping offences also takes into account those who allow fly-tipping to occur on their own land or any land that they are renting.

It is also your responsibility to clear away all rubbish that appears on your private property, even items which appear as a result of fly-tipping.  Take a cautious approach when finding fly-tipped waste, as the items may be hazardous. Therefore, bags and drums should not be opened and piles of soil should be a cause for alarm bells as the material could be contaminated or hiding dangerous material.

If you find waste, make a record of every detail of the incident. This includes where you located itt, as well as taking photographs if possible. After all details have been recorded, report the case of fly-tipping to your local authority.  If you live in :

After a report has been submitted, secure the waste so that it is unable to be interfered with or further items added to the current pile.

At this point, you’ll be ready to remove the waste. If you’re able to move the contents yourself, first and foremost, do not take the waste to a licensed site yourself unless you’re registered as a waste carrier. If hazardous waste has been identified, it should only be carried and then disposed of by someone who is licensed to deal with hazardous waste. If you get someone else to remove the waste though, make sure to get appropriate documentation — it should include details about the waste and those who are taking it away — and keep all information about clearance and disposal costs safe, as these can be recovered in the event a successful prosecution is made against the crime committed.

In the event you wake one morning to find the midnight cowboys have paid you a visit, if the problem is severe, it is worth consulting with your insurance broker. Most farm combined policies will cover the cost of removal and disposal, less an excess. In the event of a major fly tipping incident, you could be very glad the cover is in place.

Another important word of advice is to never put yourself in danger should you see someone fly-tipping. As the practice is illegal, people are unlikely to take kindly to their crime being observed. Do not confront the guilty parties, but instead immediately call 999 and then make a note the number of people involved, descriptions of their appearances, details about the waste being fly-tipped and information about any vehicles used – this includes the makes of the vehicles, their colours and their registration numbers if you can make it out.

Article written and contributed by Lycetts, an expert provider of farm estate insurance

DISCLAIMER: This article should not be regarded as constituting legal advice in relation to particular circumstances. It is merely a general comment on the relevant topic. If specific advice is required in connection with any of the matters covered in this article, please speak to Lycetts directly.

If you have any comments or suggestions about this article, please email us at feedback@lawplainandsimple.com.